The leadership and volunteer positions related to the race committee are listed on the Race Committee & Volunteers page.

Past Commodore Steve Downs has for over a decade been a primary driver of both the OYC Adult Sailing Program (ASP) and the OYC adult racing programs. 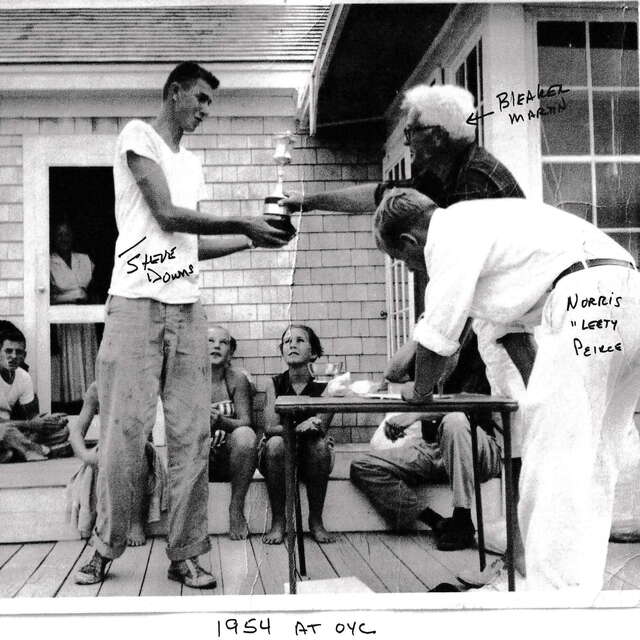 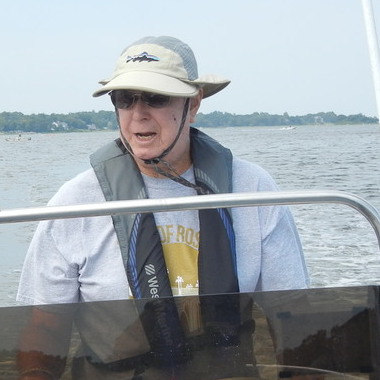 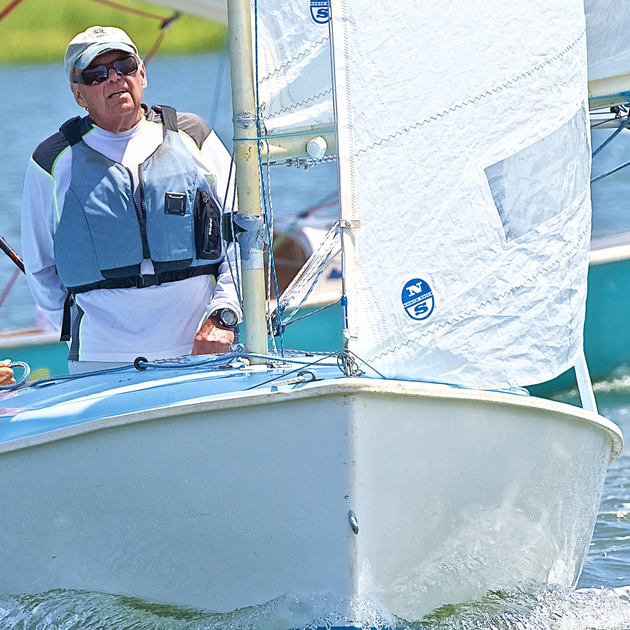 Wayne and his wife Pat moved to the Cape in year 2000 from Central Massachusetts where they presently reside in Eastham. As children, both vacationed in Eastham with their families in the summer, but did not know each other.

Wayne has been around water most of his life, with his first boat being a 12'wooden flat bottom row boat, given to him by his uncle at the age of 10. During the early years he had a succession of power boats that he used for fishing, water skiing, and other recreation. His sailing experience consisted of trying to keep a sunfish upright! Later, he and his wife took sailing lessons and purchased a 19' Oday, sailing it on local lakes and Narragansett bay. Inspired by a book given to him by his boss, "The Compleat Cruiser", by L. Francis Herreshoff, he purchased a 25' Oday and sailed it on Narragansett Bay with his family making trips to Block Island and Cutty Hunk. After moving to the Cape, Wayne restored a wooden Beetle Cat and sailed it on Cape Cod Bay with his wife for several years. Crewing on a J30 for manyl years he wanted to skipper his own boat and try racing. Purchasing a O'Day Daysailer he enlisted his son-law to crew and began racing at OYC. In 2020, his 6 year old grand daughter, Hudson began sailing with them and is training to be a crew member. Wayne is a past member of the US Power Squadron and Wickford Yacht Club. 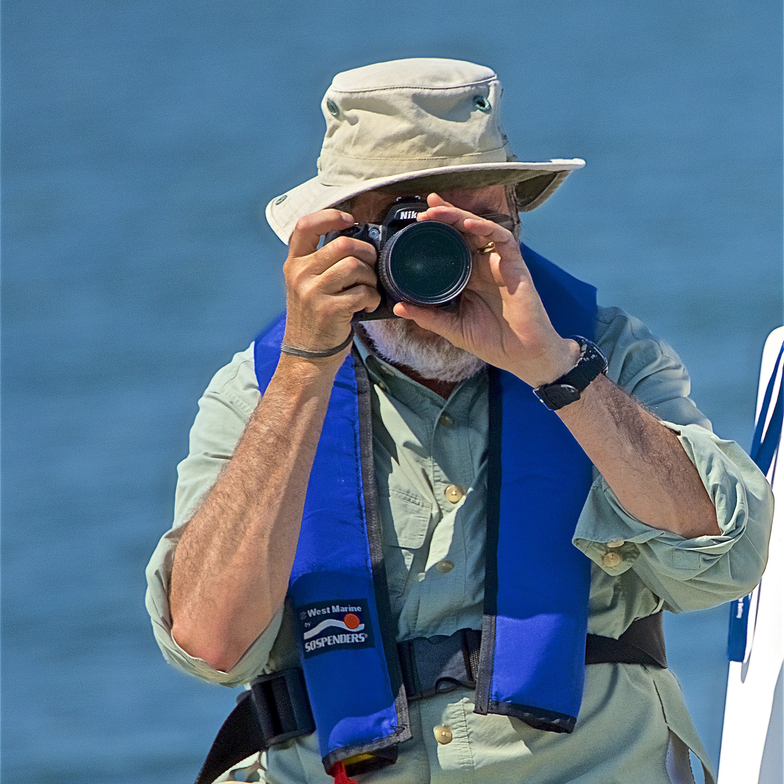 Barry Alper has only one qualification for co-chairing the race committee. He loves being on the water. He has no sailing experience. After joining the Yacht Club in 2014, he chose the safety boats as a way to support the club. It was on the safety boat that Bill Moore and Steve Downs taught Barry the ropes. Some of this actually involved sailing. Barry and his wife Carol have had a house in Orleans since 1997 and have been full-time residents since 2005. 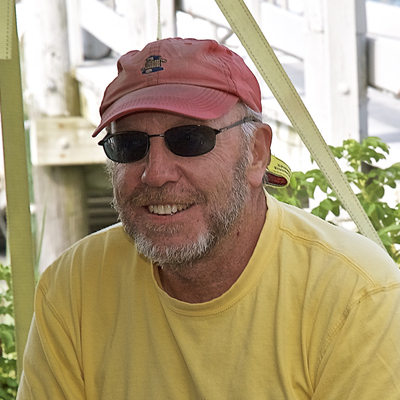 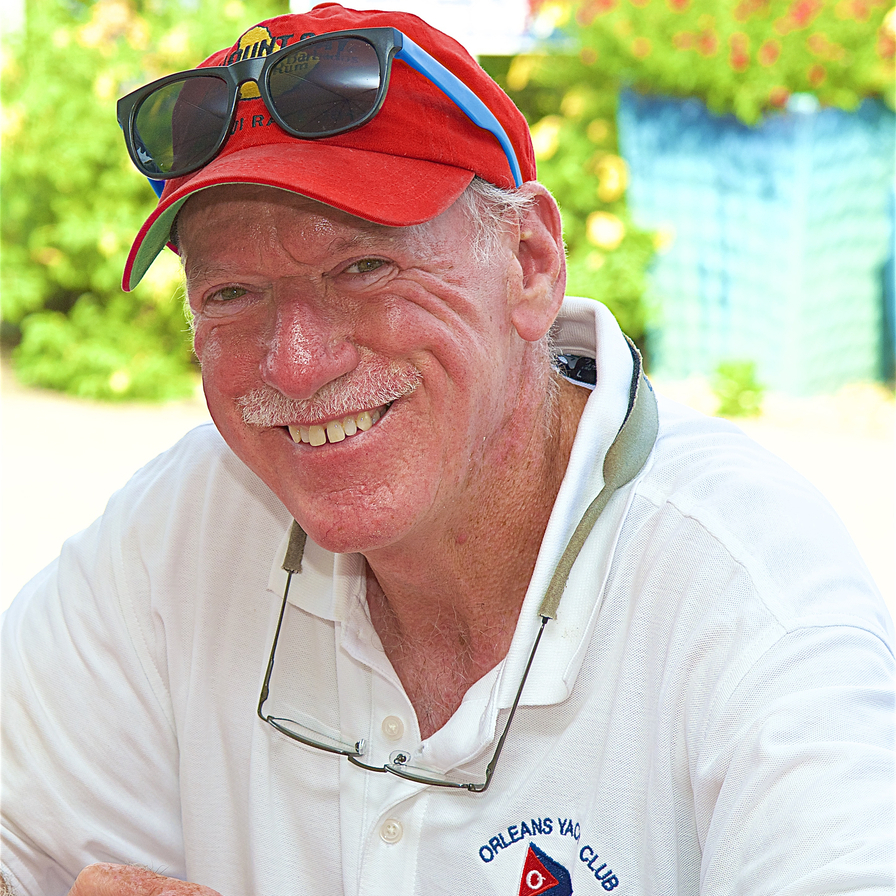 I started sailing at age 14 at our family's summer cottage on a lake in Wareham. I have been sailing since then each summer - that is 56 years.

In 1986 I bought my current boat a Hunter 25.5 (Speculation). I have two moorings, one in Pleasant Bay and one in Harwich Port. Each year I race her in many of the PHRF regattas on the Cape. Most of the events are on Nantucket Sound.

Each year I start my season by sailing the Figawi Race on Memorial Day Weekend. The race is from Hyannis to Nantucket on Saturday and race back on Monday. The race always has more than 200 boats racing in multiple classes. We won our class in 1988 and placed many years since.

I have sailed the "Race around the Cape". I have also serve on the committee that organizes the race. This race is 183 miles with one overnight.

Each fall we do the "Hurricane Cup" which is a race to Nantucket. We also race back the next day and call this race "The Eye of the Storm".

A few years back a friend of mine asked me to help him sail his Little Harbor 54 back to Cape Cod from Bermuda. This was a wonderful experience for me, one that I will never forget.

I have coached the Chatham High and Monomoy High School Sailing Team. We sail out of Pleasant Bay Community Boating on Pleasant Bay. I retired from coaching this year after 23 years.

I am a founding member of Pleasant Bay Community Boating (PBCB). From the summer of 2010 through 2018 I was the Sailing Director of PBCB. 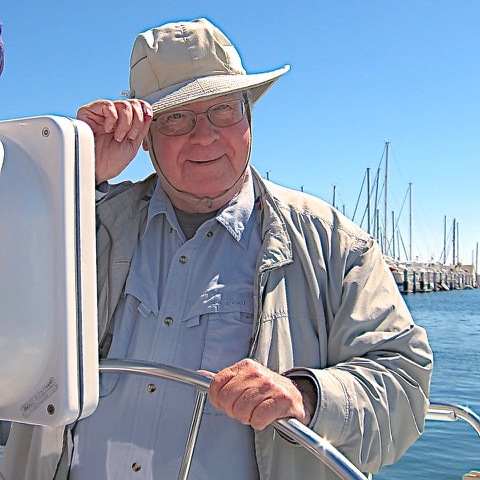 Anton Anderson has been a OYC Race Committee PRO for roughly 10 years. Anton learned to sail at Larchmont Yacht Club in Larchmont, NY. Anton was the Yacht Racing Association (YRA) of Long Island Sound Rhodes 18 fixed keel (Rhodes 18K) champion in 1958, 1959, 1960 and a member of Cornell Sailing team until he declined to race in December 1961 on Lake Cayuga prior to the advent of dry suits.

Anton delivered yachts for Patrick Ellam Yactht Delivery for 18 months. The longest trip was Jamaica to Los Angeles on 67 foot sloop, through Panama Canal. The most frightenning was surviving a hurricane off coast of Florida and Georgia in a 44 foot motor sailor. The longest boat was an 85 foot PBY delivery for Naval Academy at Annapolis training vessels. The most luxurious was 77 foot Phil Rhodes designed motor sailor Lyford Cay and various ports in the Bahamas. The most unusual delivery was a 57 foot Chris Craft from factory in Michigan to Staten Is. Via the Erie Canal.

Anton was the head of the sailing program at the Durland Scout Center, Rye,NY for 11 years. When he started the program had 4 Blue Jays, 4 Rhodes 19s and 25 students. At the end of tenure there were 26 Blue Jays, 8 Tempest Class Olympic boats, 10 420s and roughly 200 students per summer.

Fleet 15 was chartered in 1962. Founding members of Fleet 15 are Dawson L. Farber III, Earle B. Kaufman, William B. Moore, Susan L. Swan, Everett St. John, and Jane V. and Richard H. Turner. Until very recently Bill Moore and Earle Kaufman remained active in Fleet 15, both racing with Fleet 15 for nearly 50 years and both served on committee boat and safety boat well after retiring from racing. Bill served as a Principle Race Officer for many years. 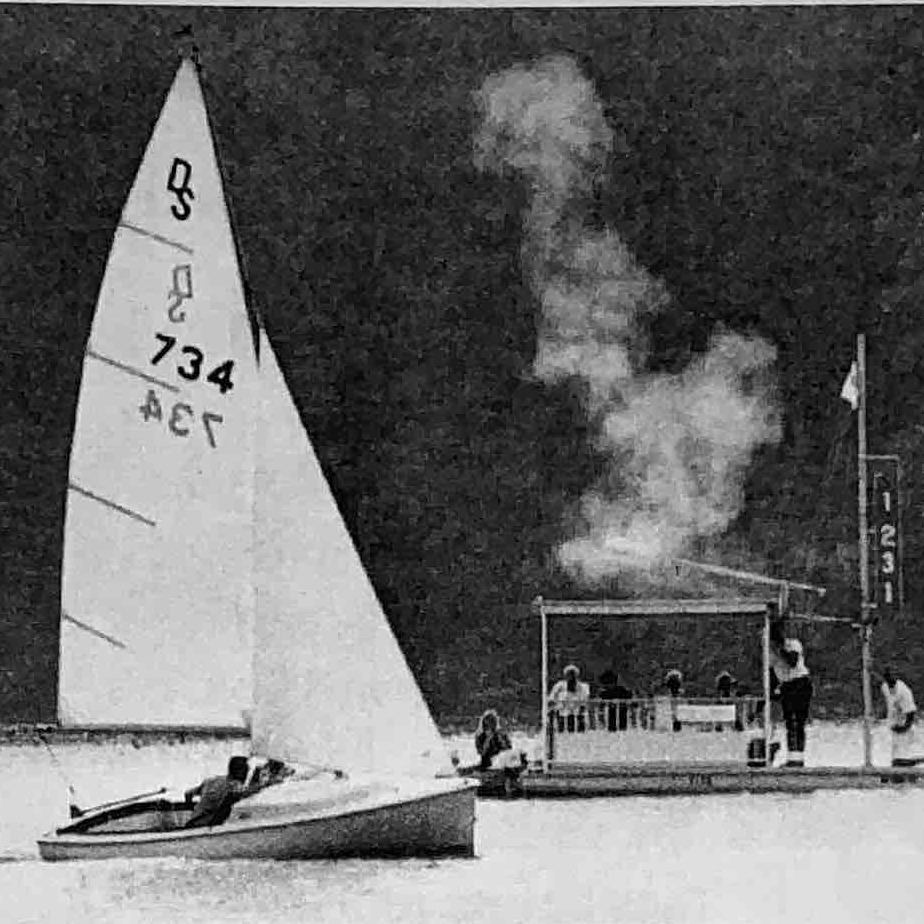 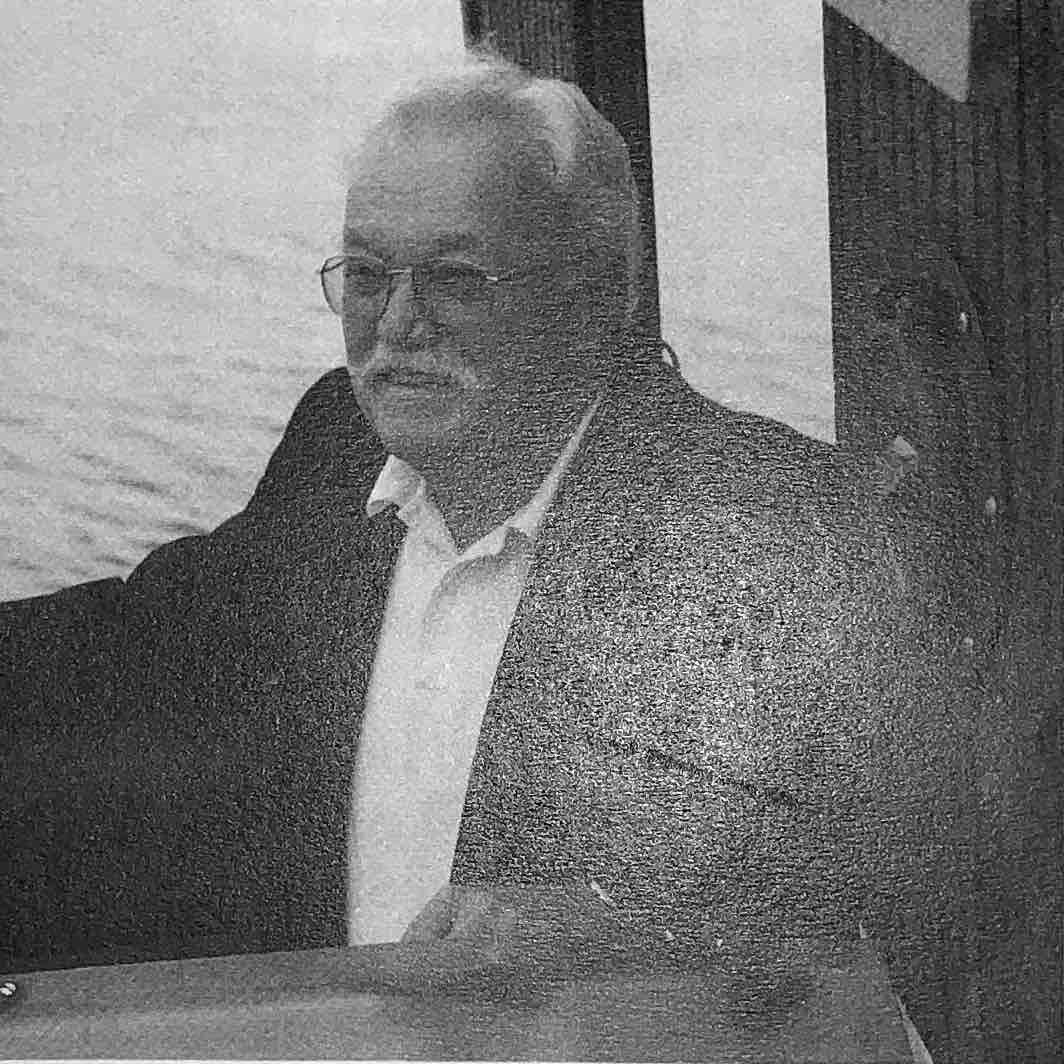 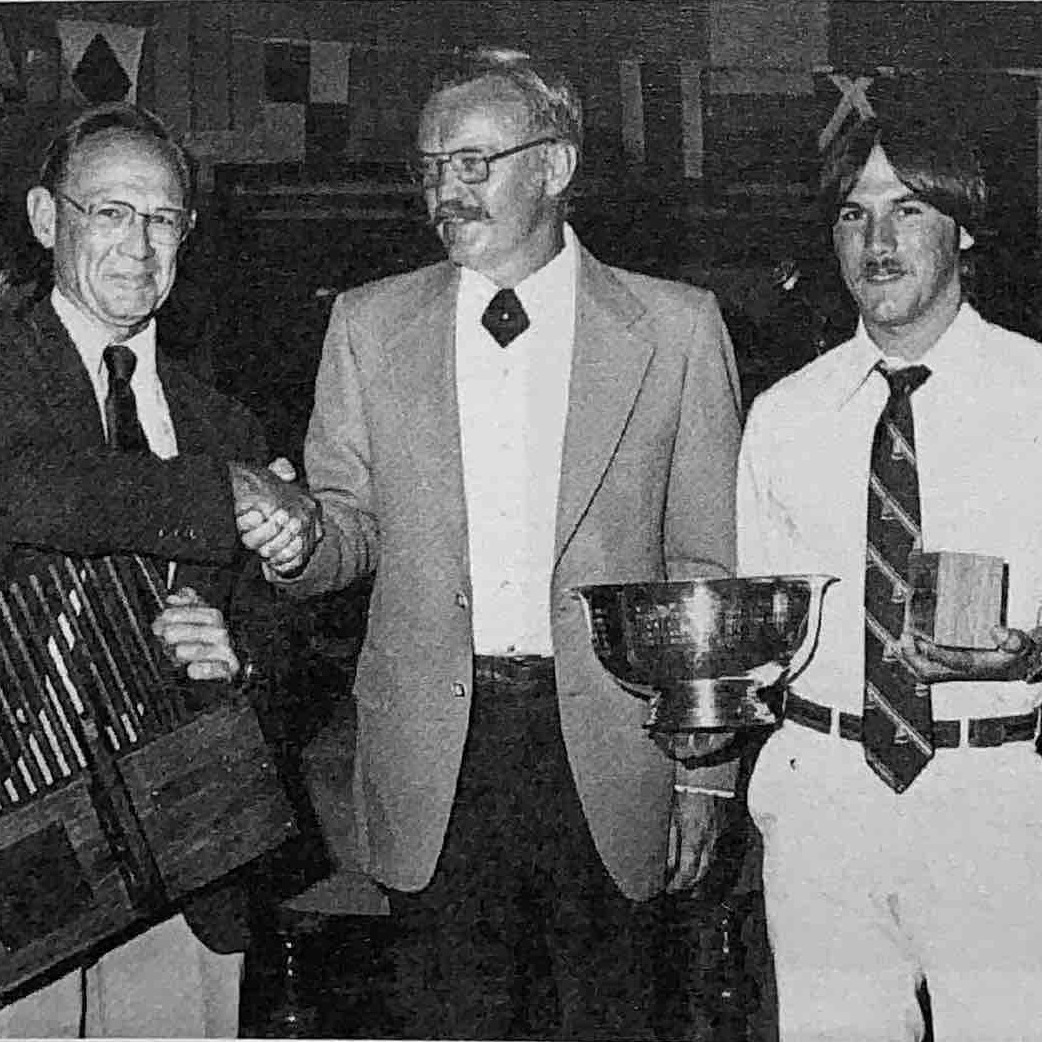 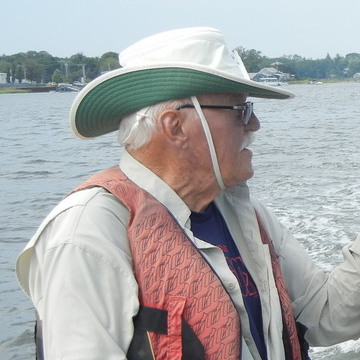 Bill's sailing experience started at age ten when, after completing three private lessons with a retired sea captain, the captain told Bill's father "I told him everything I know." Thus Bill began a life-long love and pursuit of all things sailing and racing - all self taught and always eager to teach and share with others.

Bill and his first wife Sally raced Toodle-oo, hull number 734 - for many years locally, regionally, and nationally. This is the boat in which Bill and Sally won the 1967 Day Sailer North American Championship Regatta in Cowen Lake, Ohio. Bill and Sally competed and finished in the top five for several years following: in Waukegan, Illinois; Arlington, Texas; Santa Cruz, California; Lake Lanier, Georgia; and Rochester, New York. As Bill and Sally's three daughters grew, they too crewed for their father and then gradually skippered and crewed in various pairs over the years while Bill chaired the OYC Race Committee.

At the Day Sailer North American Championship Regatta in Rochester, New York, Bill's youngest daughter Carol crewed for him. She was 14 years old. In one race both were hiking out prior to rounding a mark and Bill fell overboard still holding a broken tiller extension. Carol moved aft, rounded up, and helped Bill back in. With Bill back in place, they rounded the mark and continued the race. Carol won the Bob Smith Memorial Award that year for her quick thinking.

Bill shared his love of sailing and his love of the Orleans Yacht Club with countless students, friends, and family for over 60 years. Bill passed away peacefully in February 2020. 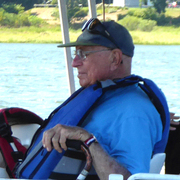 Earle Kaufman kept his cruising boats at Charles River Yacht Club near MIT in the 1950s and 1960s. During part of that time Earle was the commander of the Charles River Power Squadron. Earle's wife Mimi convinced Earle that after 14 years of cruising to various nearby destinations from Maine to Long Island Sound it was time to consider a home in Orleans where their son Andy was enrolled in Camp Monomoy in the summer. Earle and Mimi bought a house and spare lot on Gibson Road.

At the time the real estate agent who sold Earle the Orleans house, Sid Swan, was a recent OYC past commodore. Sid convinced Earle to join OYC and purchase an O'Day Day Sailer. Earle joined OYC in 1961 and sailed with a few other local families at OYC. This informal Sunday family racing resulted in Day Sailer Fleet 15 being founded.

Earle sailed with Fleet 15 for over 40 years until 2002. The OYC Day Sailer Club Championship began in 1990. Earle won the Club Championship in 1990 and 1993. Earle kept a daysailer at OYC until 2016 but by that time, at age 95, Earle needed someone younger to take him out. John Holbrook, an OYC JSP instructor at this time, did so when he could find the time. Earle continued to help with Fleet 15 racing on safety boat and committee boat until 2017.

Earle currently lives in Arizona and due to health limitations is no longer able to summer in Orleans. Earle has told us he misses his friends at OYC and Earle is missed here in Orleans.